Red Bull and Aston Martin have been found guilty of violating Formula 1 cost cap regulations from the previous season, as the FIA revealed the results of its financial audit on Monday.

In a statement, it was said that all teams save Red Bull, Aston Martin, and Williams had received their compliance certificates.

The Williams violation involved the late submission of paperwork the previous year, for which the team was punished.

Aston Martin was considered to have violated the regulations in a procedural manner, while Red Bull was deemed to have both a procedural and minor expenditure violation.

The FIA believes Red Bull exceeded the budget limit, despite the fact that the team was certain that its financial report from March was well within the limit.

Christian Horner, team principal for Red Bull, stated during the recent Singapore Grand Prix that he was confident his team had complied with all regulations.

“I'm absolutely confident in our submission,” he said. “It's been through a process. It went in in March, in terms of [being] signed off fully by our auditors who are obviously one of the big three. And we believe that we are comfortably within the cap.

“So the FIA are following their process. We expect hopefully, and potentially this week, to hear not just us, but all of the teams, the outcome of that process.”

The F1 regulations outline a variety of penalties for teams who exceed the cost limit.

For a small violation, defined as an overspend of less than 5%, punishments include a public reprimand, a penalty of constructors' or drivers' championship points, exclusion from events, restrictions on aerodynamic testing, or a fine.

Red Bull's overspending will intensify focus on the FIA's handling of the problem, with some claiming it will serve as a test for the success of the cost cap.

Given the novelty of the cost cap restrictions and the fact that everyone is still attempting to comprehend them, the FIA's decision to impose a heavier penalty on the Milton Keynes-based team could be seen unfair.

According to the investigation, there was no overspending at Aston Martin, and the team is believed to be eager to emphasize that no competitive advantage was obtained.

The procedural violation appears to be attributable to a multitude of accounting methods and variances in rule interpretation.

However, if the regulating body is overly permissive, it could give other clubs the impression that they are no longer need to adhere to the spending limits.

Sunday in Japan, Ferrari team principal Mattia Binotto stated that it was preferable for the FIA to be overly strict than to attempt to sweep the issue under the rug.

"What's crucial to us is that whatever the breach, if there is one, the penalty must be hefty," he said. "Believe me when I say that our cars in Japan today fought for the top position."

“These are cars that have been developed maintaining, respecting the budget cap itself, and we know how much, even if it’s a minor breach, how much it would have implied in terms of performance.

“Obviously it’s about 2021, and from 2021 it’s an advantage you gain over the following seasons. I think what we need and what I’m expecting is full transparency and clarity on the discussions that may have happened.”

Regarding how the FIA will treat Aston Martin and Red Bull's rule violations, no information was provided.

"The FIA Cost Cap Administration is presently considering the appropriate course of action to be taken under the Financial Regulations with respect to Aston Martin and Red Bull, and additional information will be communicated in accordance with the Regulations," read a statement.

Warning: foreach() argument must be of type array|object, null given in /home/overtak1/public_html/f1me/post.php on line 251 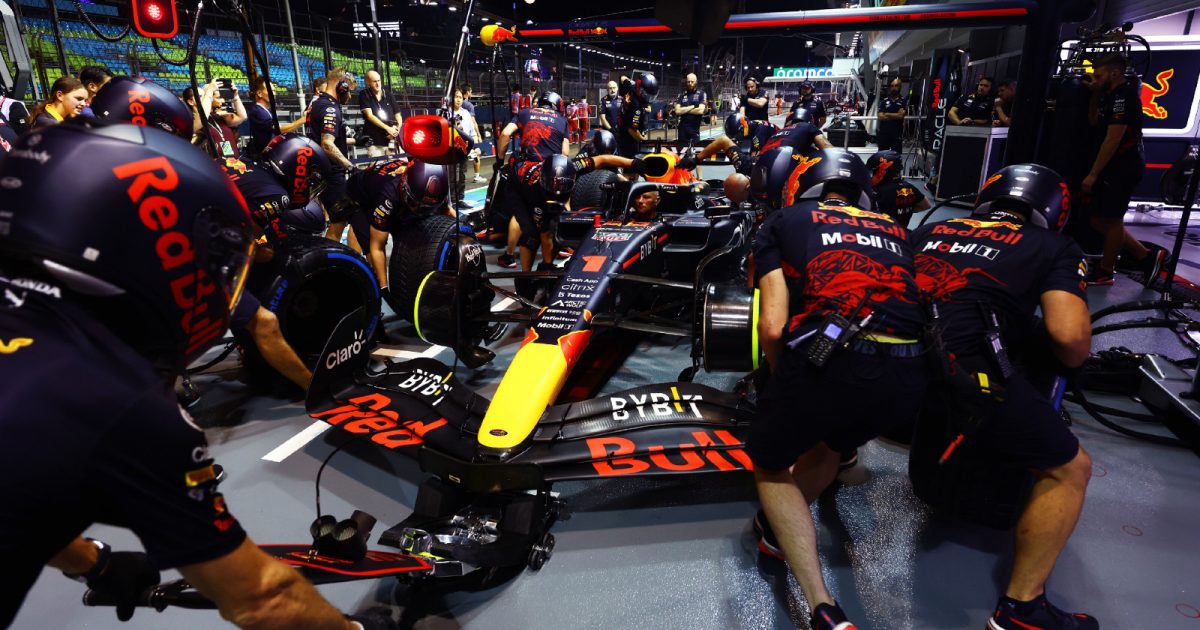